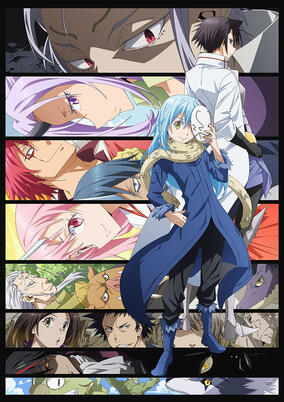 The second season of Tensei shitara Slime Datta Ken. A country built by our main character Rimuru and the many monsters who look up to him – the Jura Tempest Federation –, through agreements and trade with neighbouring countries, is the ideal “country where humans and monsters can walk alongside." Rimuru has a tendency to “feel kindly towards humans”, because of its former nature as a human being ... However, there is a clear "hostility toward demons" that exists in this world. When faced with that unreasonable reality, Rimuru makes its choice. "Is there something that you don't want to lose?" (Source: Muse Asia)